ODESSA, UKRAINE “In your house, incidentally, lives the Mafia,” Oleg, my friend, said yesterday.
“The Mafia?”
“Yes, the Mafia.”
“Are you sure?” I asked.
“No doubt, third floor, directly above your apartment.”
“Holy shit, the Mafia,” I said.

Oleg looked up to the ceiling and listened, he even held his breath, then he pulled me towards the window and pointed to the parking lot. A man polished the bonnet with a leathery rag while he was smoking and talking on his mobile.
“He’s got the third new car now,” said Oleg. “In August he drove a Chevrolet, in November he bought a Landrover and since a few days he owns this Jeep.”
“The guy does not look like one of the Mafia,” I said.
“That is the trick!” 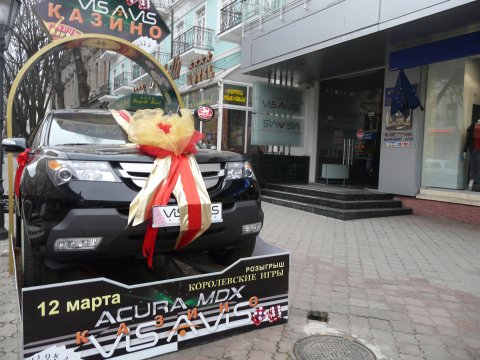 I once read an interview with a police officer who is chasing the Russian Mafia in the German capital. The man’s name is Bernd Finger and he is Deputy Chief Constable in the Metropolitan Police Force in Berlin, Head of Division 4, Organised Crime, Qualified Gang Crime and Crimes Against Property, Organised Violent Crime and Prostitution. Finger said:

In every criminal organization there is ritualisation. The external signs of this – fur coats, gold chains, gold teeth, the display of wealth – are usually only found in people who have the need for this sort of showiness, ie: the stooges and henchmen. The real criminal profiteer shies away from those visible characteristics. He takes them to be unprofessional, because it is part of his strategy of separation not to seem different.

I remember that Germany’s top Mafia hunter likes holidaying in Italy. The man’s got a sense of humour. My Mafia neighbour seems a funny guy, as well. He washes his car himself, which is probably part of his disguise. He is the only resident who greets me when we meet in the stairwell. I obviously should not think badly of him. Recently, he has even asked to borrow milk. I think there is hardly a better disguise. Which Mafiosi personally borrows milk?

If I am not mistaken, every other business in Odessa’s city center is a boutique. The other half consists of beauty salons and jewelers. The boutiques are hardly distinguishable from each other. You can see three beautiful handbags, four pairs of fine boots, five beautiful salesgirls, two ugly guards – and with a lot of luck sometimes a beautiful customer. I always thought the purpose of a business is to make sales and money. I find it difficult not to think of money laundering with this type of entrepreneurship. 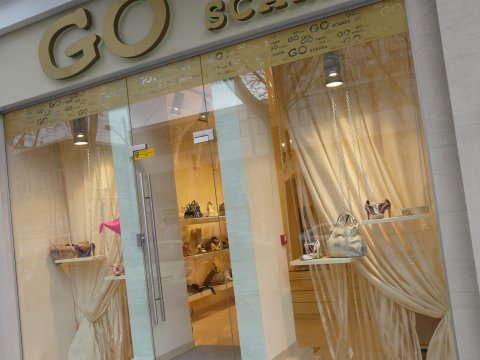 I don’t know the night life in Odessa. I know where I can have a beer and could recommend a few restaurants. But that isn’t anything special, because in Odessa you can eat well almost everywhere. I have not once gone dancing in this city.

Oleg took me to the Vis-a-Vis. The Vis-a-Vis is a casino-cum-nightclub, or vice versa, at any rate, it is on the Deribasovskaya, Odessa’s broad shopping street. I left my jacket at the cloakroom, pounced on the last free table and waited for the waiter.
“Good evening, 150 hryvnyas,” said the waiter.
I did not understand. “Good evening. Why?”
Oleg kicked my knee and whispered: “Shut it, columnist.” Then he paid.
“The table costs money?” I asked. “And what comes next? We pay for knife and fork?”
“Listen, columnist shithead, you’re not at McDonald’s,” said Oleg. “Don’t you Germans have any culture?”

Never in my life had I seen so many beauties on so few squaremeters, such long legs in such short skirts, such big breasts in such tight tops. My first thought was: These women have come from a laboratory. Men were also there, particularly bald-headed, potbellied and bloated types, and others like me who would in time become like them.
“Do you like the women?” asked Oleg.
“They’re OK.”
“That’s good enough.”
“What are they doing?” I asked. “Do they work?”
“Of course, they work,” said Oleg and roared wich laughter “but only at night.”
“Like Dracula.”

Oleg ordered vodka at my expense, whistled to himself and wiggled his feet. Now and again he looked at me and winked at me in complicity.
“Where is the crisis?” I asked. “I can’t see it.”
“Where should it be? I have not heard of mass layoffs or reduced working hours in the Mafia. ”
Oleg went to the dance floor and disappeared in a gaggle of half-naked girls. Everywhere light was flickering. The music was so loud that I couldn’t understand my own thoughts. My fingers showed traces of the duck I had eaten and shone with grease. I stared into space, I was sweating, I opened the topmost buttons on my shirt, lolled in my armchair and stretched my legs. I must have looked like a fat-bollocksed sex tourist.

“This is Larissa,” said Oleg and sat down again. “You only have to buy her a drink, then she’ll spend the night with you, just a drink, you hear me?”
“What makes you think I need a woman?”
“You look like it.”

Larissa was wearing a knitted sweater with knitted moose antlers on the front, trainers and jeans. She looked at me and told me something I had forgotten seconds later. I looked at her and told her something that we both had forgotten seconds later. Larissa was visually and intellectually rather unimpressive, and in that way we really fitted together well.

“Oleg, where is the Mafia now?” I asked.
“Oh, little columnist,” said Oleg. “Quote: In terms of importance and familiarity the Ukrainian Mafia is, after Chernobyl, the second factor. Mafia are not just the people who shoot at Prague shop owners or wreck cars in the centre of Budapest. Mafia – that’s basically everyone. Corruption as a permanent condition of all social relations. End of quote, Yuri Andrukhovych, Disorientation on Location (Дезорієнтація на місцевості, 1999), page 120, roughly in the middle. What is it now with Larissa?”
“Listen, it’s nice of you to care about me, I appreciate this, really, I don’t hold it against you,” I said. “But I have already found my love for life.”
“Are you angry?”
“No, but if I have to buy a woman a drink in this place, and I mean: just buy her a drink, then please do not bring me the mousiest mouse you can find in this hole.”

Olegs father and the women

Oleg whispered something in Larissa’s ear, upon which she immediately rose and disappeared. He smiled gently and looked deep into my eyes.
“Columnist, I know roughly what you earn in Odessa, it’s not much. This mousy mouse is the only one you can pull,” he said. “You’re angry.”
“I’m not angry, I’m married.”
“Well, my father is, too. And with whom is he dancing back there? This is certainly not my mother. ”
“The three muscular men, are they his friends or his bodyguards?”
Oleg pondered this for a moment, he drank his vodka and ordered more, then he said: “Both. Belong to the family.”